On Scotch College’s 165th anniversary, the school aptly celebrated with the opening of an impressive new building – the Sir Zelman Cowen Centre for Science, named after the first old Scotch collegian to become Governor-General of the Commonwealth of Australia.

“Engaging curious minds is the Scotch College science motto that became intrinsic to the design for the centre,” says COX Architecture, the architects behind the project. The building, which is bigger than any other on the campus, is dominated by timber batten screens on the inside, while the exterior is punctuated by a stone mass, which sits atop a delicate glazed façade.

Part of the ‘engaging curious minds’ mantra that the design was centred around involved collaboration – on the part of both the students and the teachers. Embracing the benefits of brainstorming together, and providing students with a technology-enabled work hub, a custom meeting space was created.

Manufactured by Schiavello, the high-tech media collaborative booth is comprised of two D-end tables on either side of a thick, curved timber wall with black laminated base kickers. With a Wi-Fi-connected television screen at the end of each table and HDMI, USB, data and power capabilities built into the tables, the space allows students to work together to seamlessly practice presentations, show peers their work, or Skype with a group member who is away
from the classroom.

“The students enjoy the screens and tables as it allows them to complete group work and show tasks to everyone at the same time, in a university-style environment,” says Elliot Green, Facilities Officer at Scotch College. “This prepares them for their later years in education and provides them a space separate to the classroom where they can continue the discussions and work collaboratively.”

While the old staff environment was comprised of a series of very small spaces and “rabbit warren” corridors that had to be traversed in order to speak to colleagues, the new teachers’ level is open, light and provides a comfortable and welcoming sense of space.

Schiavello Krossi sit/stand desks provide all staff with uniform desk facilities for quiet solo work, which was important as there was a great inequality of desk space within the different disciplines in the previous building. In addition to equalising space, Krossi also encourages dynamic movement and wellness through its ability to easily adjust from a sitting to standing desk. High, timber desk storage units supplied by another company were found to be tipping with use, so Schiavello was able to provide a custom bracket that attached the units to the E45 Panel that runs behind it, creating an effortless and safe solution at minimal cost.

Across the staff level, Krossi is also used as a shared table for collaborative sessions. Accompanied by Karo Ottomans, collaborative Krossi Tables are a laid-back place for staff to get together and run through curriculum. Providing casual seating, the Karo Ottomans are upholstered in a bright fabric, which pairs perfectly with the Oak timber tabletops, a material motif that can be seen throughout the interior.

The utilisation of Krossi as both a workstation and table provides a sleek, uniformed aesthetic across the entirety of the fitout. “The students can now see the teachers more easily thanks to how open this level now is, and the teachers are able to better use spaces and collaborate,” says Green.

“We wanted to transform the current Multimedia Lab on level two of the Language Centre into a flexible and contemporary learning space,” says the College. “The previous Multimedia Lab had limited functionality as a learning environment and did not reflect 21st century pedagogy, which emphasises collaboration, critical thinking, creativity and communication.

“The goal of this fitout was to create a contemporary learning space that reflected 21st century pedagogy in alignment with the Scotch College statements of strategic intent. Specifically, a space that is student-centred, promotes intellectual interaction and collaboration, energises and engages students, inspires curiosity, critical and creative thinking, and normalises the use of technology as a learning tool.”

The resulting space is open and catered to group discussion. A 13-seater Harkness table provides the students with an encouraging platform to discuss ideas with minimal teacher intervention, encouraging listening and independent thinking. Schiavello responded to the brief and provided this table, designed specific to the requirements of the space and featuring integrated technologies supported by two in-desk power boxes, which supply users with USB, HDMI, data and power capabilities.

Meanwhile, at the centre of the fitout are large, circular lounges, custom made by Schiavello, accompanied by a collection of Karo Ottomans. This furniture combination creates a fully flexible setting, in which lounges can be pulled apart and moved, and students can assemble in pairs or larger groups for
discussions or activities.

“For the Science Centre, COX Architecture specified Schiavello as a supplier for the staff workstations within their FF&E schedule,” explains Green. “Although, it wasn’t until the last minute when we changed supplier to Schiavello for our media collaborative booth that Scotch understood the exemplary service that Schiavello offers. Together, we overcame many delivery challenges. We were very pleased with the overall end product and the continual assistance throughout.” 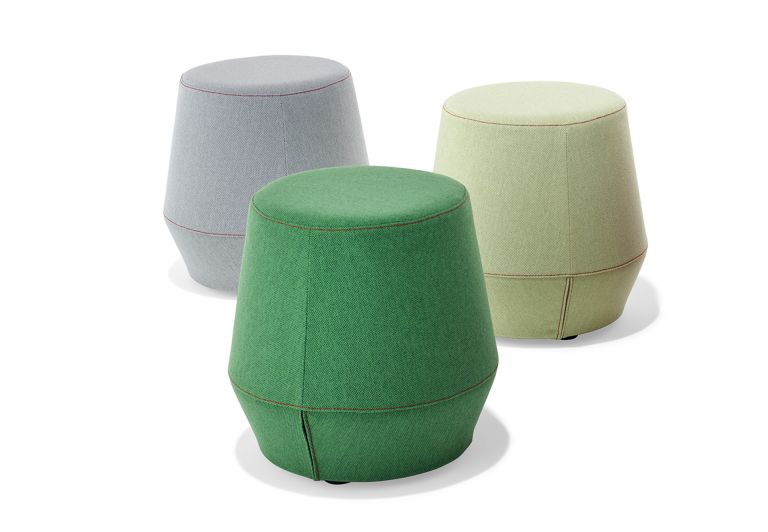 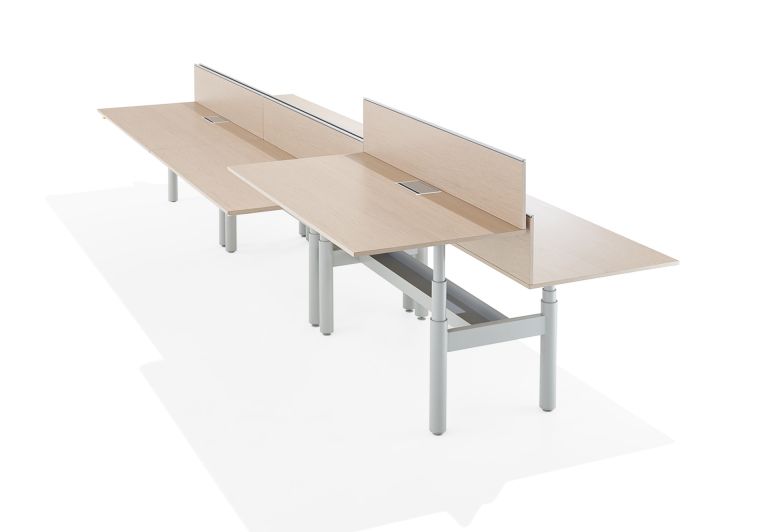