Q & A with Doshi Levien


In their own words, Doshi Levien’s work “celebrates the hybrid and the coming together of cultures, technology, industrial design and fine craftsmanship.” From developing shoes with Her Majesty’s bootmaker, John Lobb, to producing a furniture collection with Schiavello, the duo is highly sought after by industry leaders and was named Designer of the Year at the 2015 Elle Deco International Design Awards. From their London studio, they take turns to talk family holidays, marriage proposals and their upcoming trip to Australia in December.

JC: Your backgrounds – both yours and Nipa’s – are vitally important to your work. Can you pin your interest in design back to your childhood?

JL: Yes, definitely for me. My parents were running a business in Scotland. They set up a floor manufacturing company when we lived there and that’s where I was born. There were three of us (children) and our parents were very engaged in making their business work, so we were left to our own devices. But it happened that we were growing up in the environment of a workshop where things were being made, and it had a direct in influence on the materials and resources that we had available to entertain ourselves. So ‘making’ was something we did a lot of when we were small and we had access to really fantastic materials and cardboard and tape and rolls of fabric... I think creativity really ran in our family; it spilled over from the business my parents were creating and making and creating stuff, was part of how we grew up. So that idea of engaging with your environment and making things runs quite deep.


JC: You and Nipa met at the Royal College of Art and you’ve been married for how many years now?

JC: How did you decide to start working together?

JL: We were fortunate we had an offer from Tom Dixon (who was then creative director of Habitat), to design a range of cutlery for Habitat. A very small, tiny project, but it was enough to give us the confidence to leave our jobs and get started. And it covered our rent essentially for months, so we thought, well, let’s give it a go and if it doesn’t work we can go work for someone else again, so what did we have to lose? The decision was very light-hearted in a sense. We didn’t set up with the view to create a studio as such; it was more let’s work together, let’s do something.

JC: What’s the special ingredient to your work?

JL: An ability and sensitivity to working with materials. We really have an eye for colour, materiality, a sense of form, and also an acute sense of visual identity and the rightness of things. What sort of think in terms of identity and personality; the feel of things. But underpinning that is an experience with material and colour and form. It’s just through working with those ingredients over 15 years that we’ve really developed a high sensibility in that area.

JC: And your collaboration with Schiavello began with research into transitional spaces – your first Australian collaboration. What was the experience like for you?

JL: What I found really interesting was the way Peter (Schiavello) came to us with a very broad starting point – just a subject he was interested in studying. In fact, he invited the idea of us doing the research to underpin the project, which not a lot of companies will go for, but I think it showed a real confidence and commitment to the design process. So we started off by rethinking the nature of work, what a work environment means to people and how that is changing according to technology, different social structures, and different structures of work. The products really precipitated from that research. It’s very much how we work. We like to set up the parameters, go deep into a subject and let the research reveal the opportunity for design and what the design needs to be.


JC: Well I was in a meeting today, sitting on a couch and using OTM (a result of that collaboration) to take notes...

JL: Oh great. Well the other elements of that collection really look at how to make different environments for working. Of course, people work on the sofa, they work on a kitchen table, and at a bar... So it really was about broadening the opportunities for places to work. The collection is a system of different components you could put together – a mobile screen, a table and a sofa that encompass you.

JC: Would you ever think of moving to Australia?

ND: (Laughs) I’d love to. Any reason to get out of the cold! But for me of course, what’s really exciting is that there are a lot of places in the world where design is taking off and I think that’s where the future is – in different parts of the world. Jonathan and I are very interested in architecture and our dream. The next project we really want to work on is a building. So any events or projects that are linking our work to architecture and architects is very, very exciting for us.

JC: Well we will watch that space and we also look forward to seeing you next time you’re here.

DN: We’re looking forward to it. 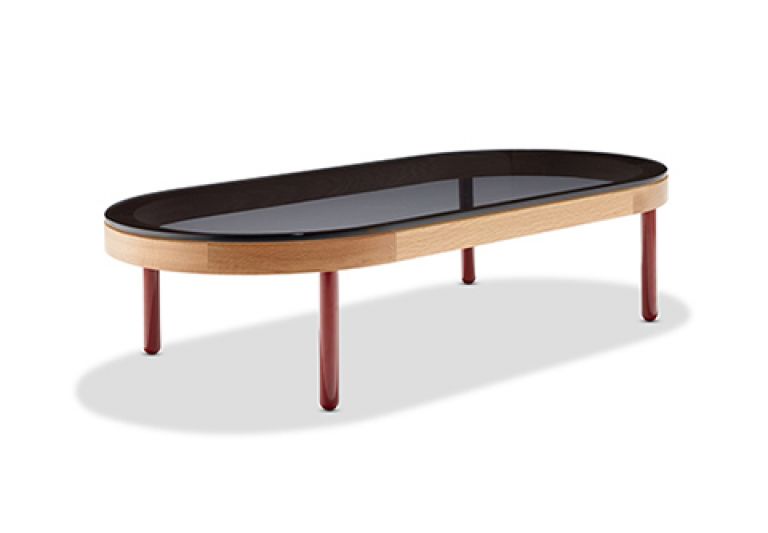 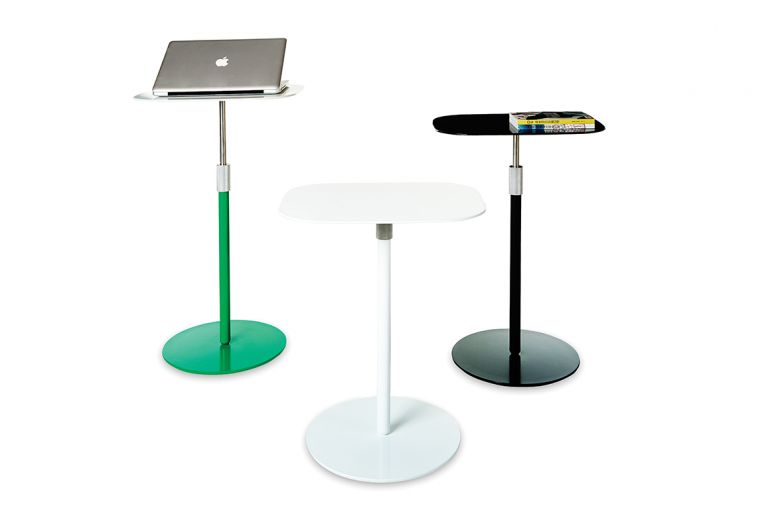 The portable and height-adjustable OTM (On the Move) Table, named after it’s mobile nature, securely holds laptops and books wherever required. 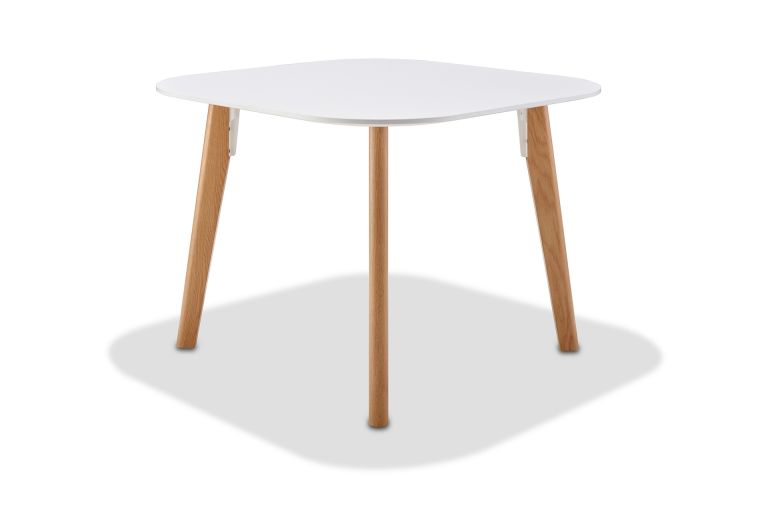 Personable and inviting, the Parley Table is a contemporary table for dining or meeting environments available in round, square or rectangle. 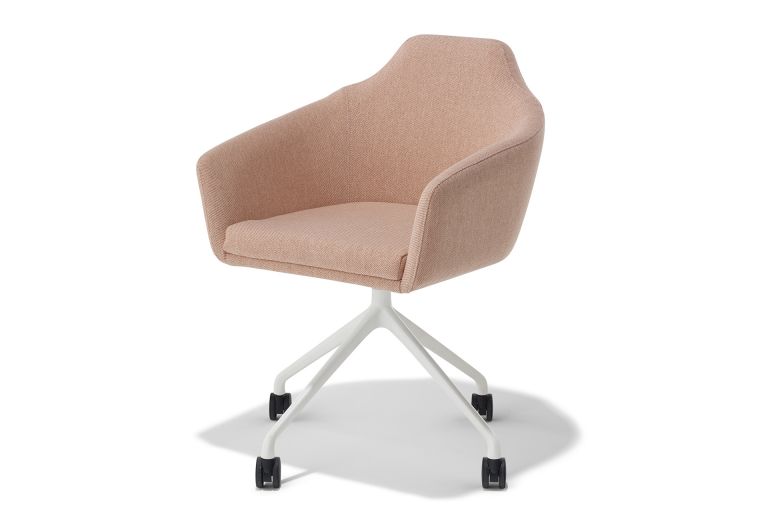 An attractive yet refined aesthetic, Palomino swivel and lounge chair bridges the gap between home and office. Perfect for meeting, living or reception rooms. 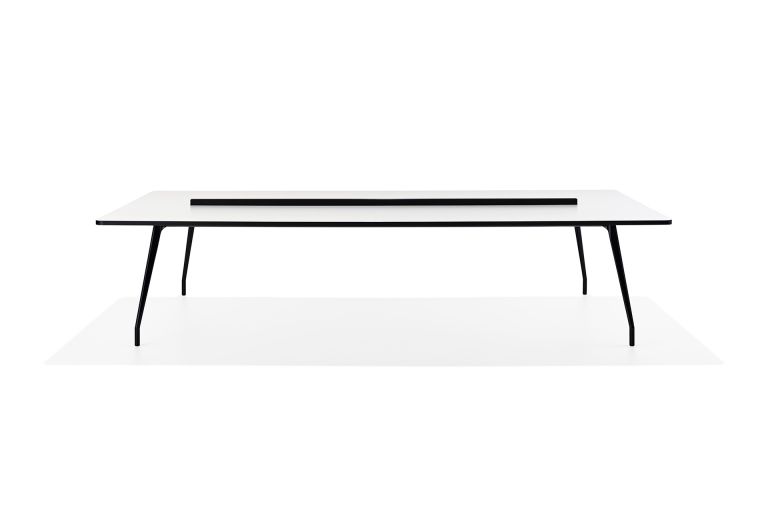 Providing flexibility with a light, elegant aesthetic, the Aire collection of tables bring unity to the workplace with many options in one sleek design.