Within 50 years, Macquarie University has swiftly risen to become a progressive and influential institution, ranking among the top two percent of universities in the world. Recently, the school invested over $1 billion in improving facilities and infrastructure, including a 68,000sqm transformation of the Central Courtyard Precinct, undertaken by leading architecture studio Architectus.

The 'living laboratory': an experimental fitout

The first step of this transformation was the complete refurbishment of the C7A building, which houses admin staff and has mixed-use levels for students to socialise and study within. This new space was to be used to decant staff and students out of existing buildings while redevelopment of other parts of the site occurred. Then, once everything else is finished, a new hub will be built, meaning that the C7A fitout is actually temporary.

Despite this, Macquarie and Architectus had no desire to create a disposable interior. Every element of the building was considered and catered for re-use – something that was a vital part of the design and selection process.

With the estimated lifespan of the C7A fitout only five years, Macquarie and Architectus took full advantage of the situation and decided to use the space as an experiment to help guide the design of the remainder of the overall campus transformation. “We wanted to challenge the users with different ideas, provide an open and connected student environment, and play with new ways of working, desking, and space configuration. We started calling it the ‘living laboratory’,” Architectus’ Daniel Stanning says.

With over 100 Climate Workstations installed across the floor, the desks’ malleable ‘channel’ – a spine that carries all cabling and power needs, storage and panel accessories – enabled Macquarie University staff to have the flexibility to adapt their working environment. Finding exactly what works for them with ease, staff were enabled endless possibilities thanks to Climate’s agile table and movable core.

“We populated the staff area with Schiavello’s Climate desking system as the staff came from rigid, enclosed offices,” explains Stanning. “We wanted to trial something completely different – a more agile working environment for the university – and we also wanted to learn more about how they use their space and what they wanted out of it. What better way to test the nature of how they work than by giving them not just a workstation but instead an entire kit of parts that they can experiment around with? And the Climate system has a high level of user reconfigurability and flexibility.”

Complete reusability amidst a liberal use of colour - it's possible!

The C7A building is a Brutalist structure, so Architectus worked liberally with vibrant colours to lift the grey, hard space, as well as to help zone the large areas.The colour zoning extends up to the staff floor where accent colours on the carpet, Climate Workstation markers and Soft Boundary separate areas in a similar way. In order to achieve a sustainable design for the future, reusability was an important factor in product and finish selections. “The coloured fabric covers of the Climate screens can be easily removed and updated, which is a non-expensive and easy way to retain the existing products. Similarly, the tabletops, bases and spines are neutral in the surrounding colour and are completely reusable for any other space,” Stanning says.

Schiavello Soft Boundary barriers are scattered throughout the working zones, helping to create privacy and noise reduction. “Interestingly, since we installed all the furniture, many of the Soft Boundaries have been moved,” says Stanning. “A group of staff took one and made their own little barrier. It’s interesting to see where the staff have moved the Soft Boundary to in order to make themselves feel more comfortable. And that flexibility wouldn’t be able to happen with a permanent wall, so the Soft Boundary has been really successful in its ability to be rearranged to allow the staff to make the space they need.”

With the student floor made up of a number of different areas, hidey holes, rooms, and nooks, division of space was imperative. Despite this, the costly and time-consuming activity of building into the floorplate was something that Architectus wanted to avoid, considering the temporary nature of the fitout.

“We found that students really like a sense of enclosure, which is what inspired the space layout. But we thought carefully about how to create a sense of immersion without actually building walls and ceilings. We used Schiavello Vertical Gardens and Soft Boundary barriers, as well as screens and suspended acoustic panels to create modular barriers. These soft architecture pieces can all be reused while also providing a sense of enclosure, colour and materiality,” Stanning says.

“The way that the whole fitout has been brought together, nothing really touches the base building structure; it’s completely independent. And that was the idea –to have a light but effective touch,” explains Stanning.

On both the student level and the staff level, Vertical Gardens line areas, acting as living and semi-transparent walls. The Vertical Gardens are populated by plants, bringing greenery indoors and maximising the benefits of biophilic design. Research indicates that greenery has a restorative effect on people’s health and wellbeing; increasing the air quality, helping the students deal with day-to-day stress and boosting performance and happiness. “When we interview students, nearly all of them comment on how much they love the walls of plants; it’s part of what entices them into the space,” Stanning says.

Schiavello Henge Whiteboards also act as soft architecture barriers as well as facilitating collaborative brainstorming. Weighing just 47kg and with four swivel castors, the whiteboard can be shifted with ease. “Henge has been really, really popular,” Stanning says. “Interestingly, the students have used them a lot as bulletin boards. They tend to push them towards the lobby and write on them, stick signs on them or use them for workshopping and group work.”

Temporary, yet designed to last

“This fitout was unique for several reasons,” explains Stanning. “It had to fill a purpose, but we were also bringing staff and students together in one space, and creating a home and identity for student groups. It gave us the opportunity to trial and prototype different ideas. Macquarie University was willing to take advantage of the temporary nature of the project and experiment with the design, which is what made it really special. We wanted the fitout and furniture to be sustainable and high quality, so that after the five years, it will still have life left in it.

“And we absolutely do see each Schiavello piece being reused. A big part of the sell was knowing that we were investing in a system that could easily be reused. Climate isn’t just a workstation; it’s one more part of a whole story around modularity and reuse. Since everyone has moved in, especially on the student floor, things are more active and moving, and pieces are being reconfigured to suit personal needs, which is wonderful to see.” 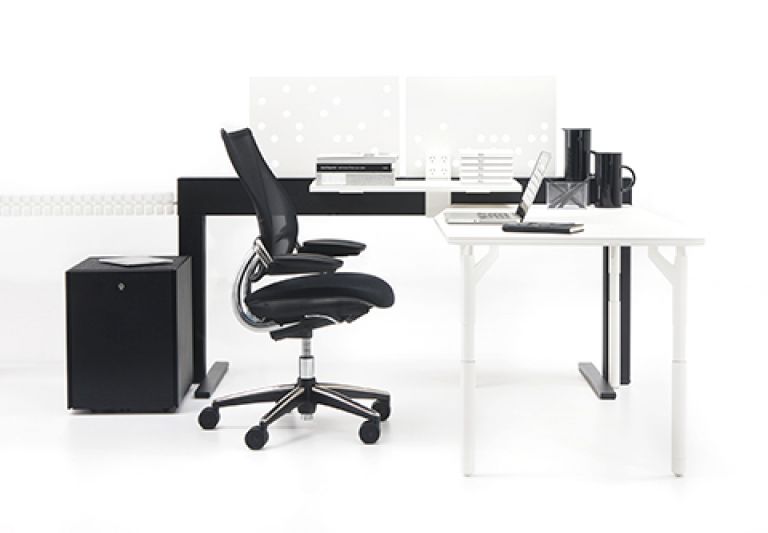 A fully malleable workplace platform, Schiavello's Climate Workstation is a desk system that creates and re-creates work environments with ease. 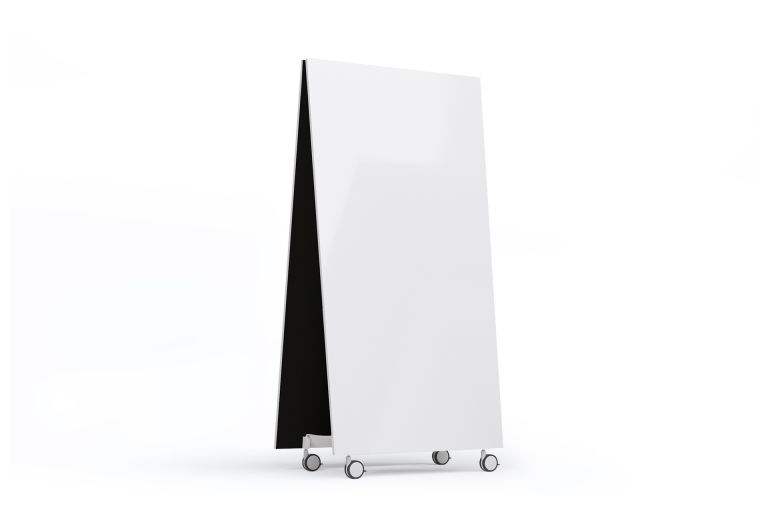 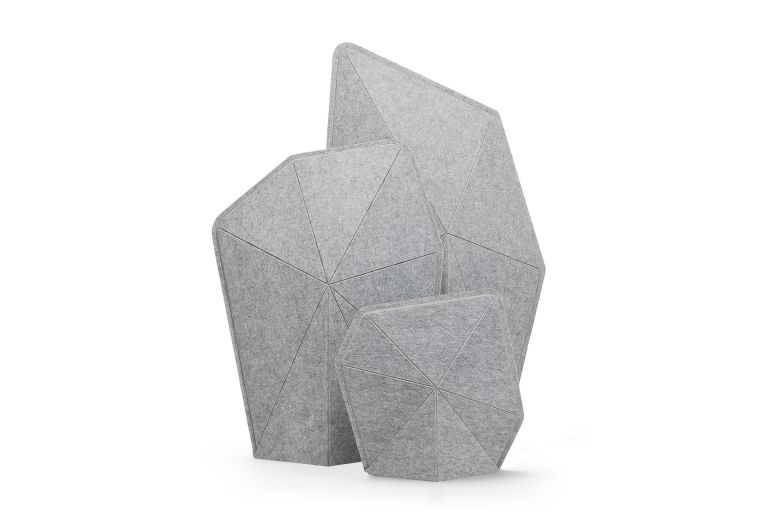 Geometric and lightweight, Soft Boundary is a piece of soft architecture that delivers an acoustic and visual boundary and flexibility in open plan spaces. 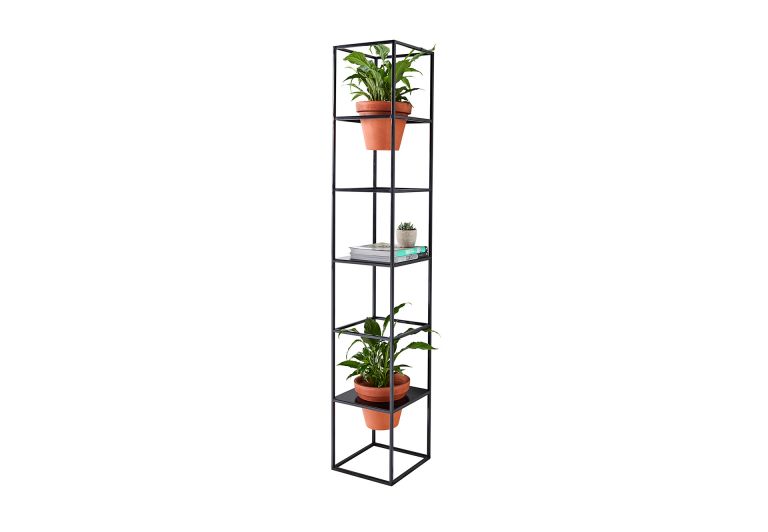